American Muslims should have a powerful voice,

donate and make that happen!

Applications are closed but the crowdfunding campaign continues until March 30!

Since the early days of Trump’s campaign, the American Muslim narrative has been dominated by Islamophobia . It is critical for us to celebrate and uplift the diverse voices and narratives of Muslims living in our country.

WOW! We are blown away by the response to this crowdfunding campaign. We keep getting messages from American Muslim filmmakers about how touched they are that people have come together in support and solidarity. We’ve also been featured in the Washington Post, Mic, and Huffington Post.

The Muslim Ban 2.0 is out, so we’re upping our goal to $50,000. The world needs more stories from the Muslim people in our country.

This new goal will allow us to give grants to more filmmakers and also put at least $10k into the Islamic Scholarship Fund’s yearly grant, which supports Muslim filmmakers in the long term.

Dollars will go directly to storytellers, providing tremendous leverage and turning your money into media. Please share and tell the world!

The money raised through the Indiegogo campaign is administered by the Islamic Scholarship Fund and gives $1-4k each for videos that tell the American Muslim story in a way that humanizes and challenges negative portrayals of our community.

The Application is closed, but you can read more about the grant requirements here.

Film: Grey Matter
Grey Matter is a short film about an Iranian-American Muslim family in crisis and the choices they are forced to make in a moment of tragedy. 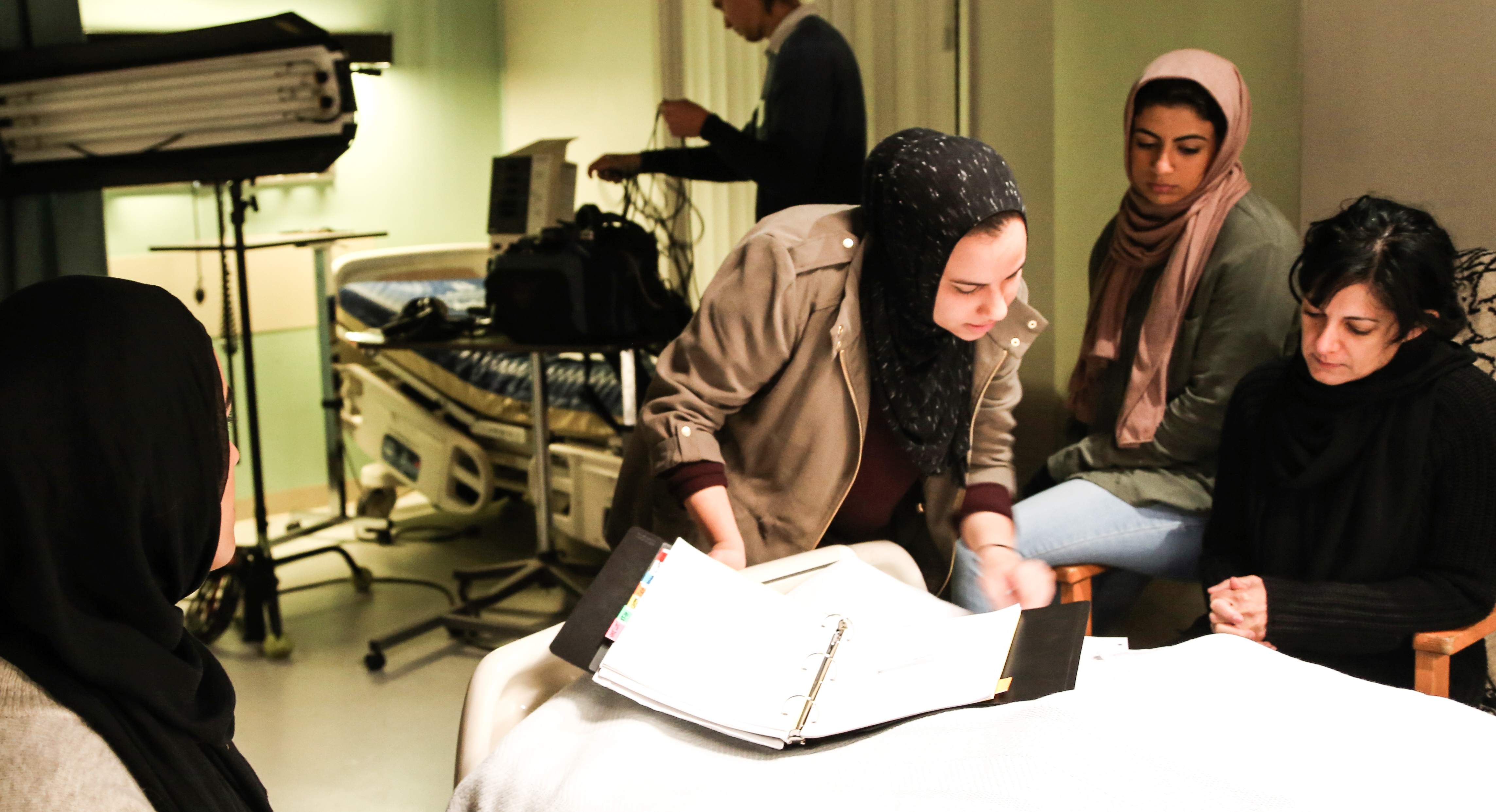 Film: A Town Called Victoria: Being Muslim in Texas
When their local mosque is burned to the ground on the night of President Trump’s travel ban,the small town of Victoria, TX, defies expectations by rallying around their Muslim neighbors and showing the world what it truly means to be an American. 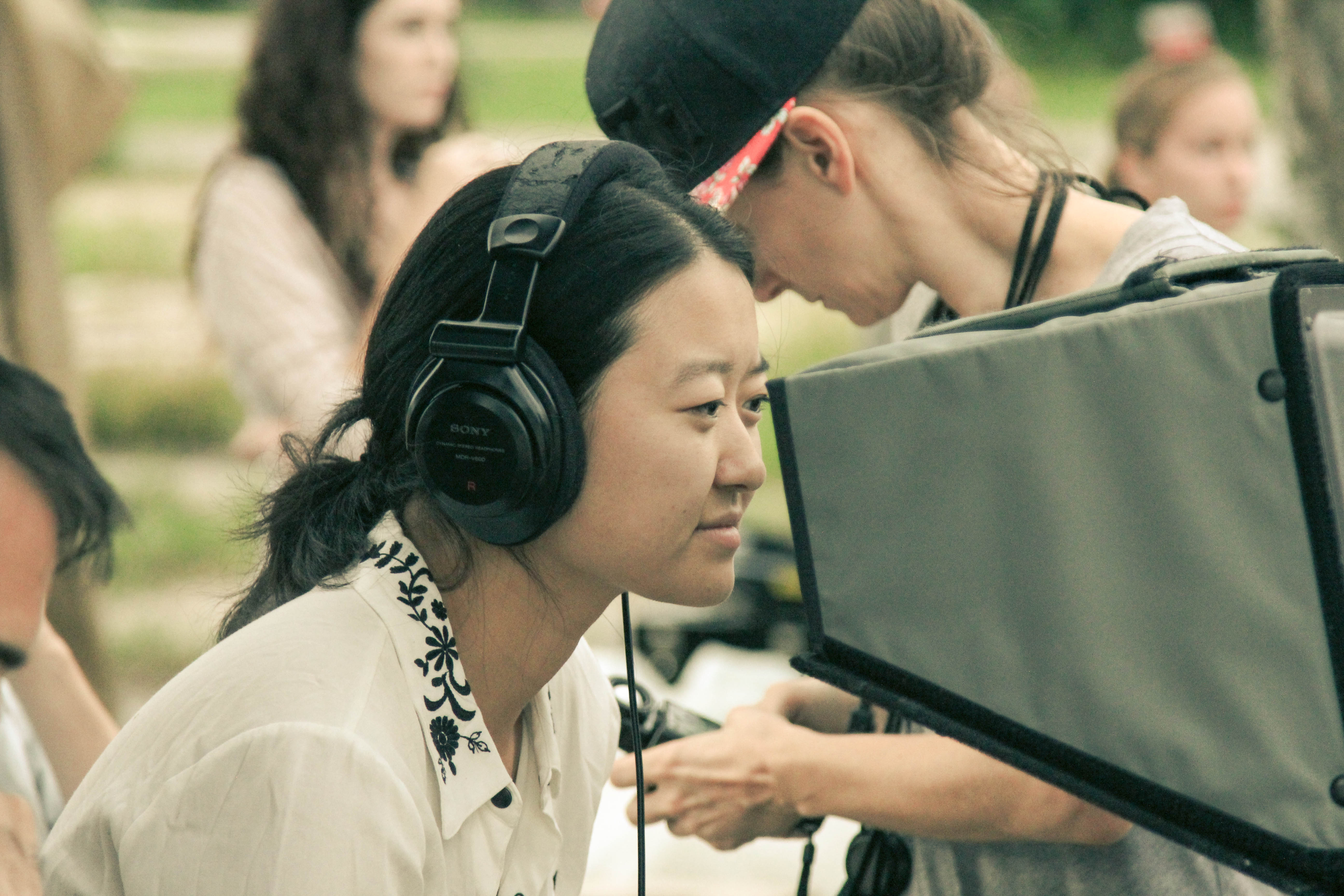 Film: M Plus
Showcasing the diversity of Muslims through similarities with the broader community. 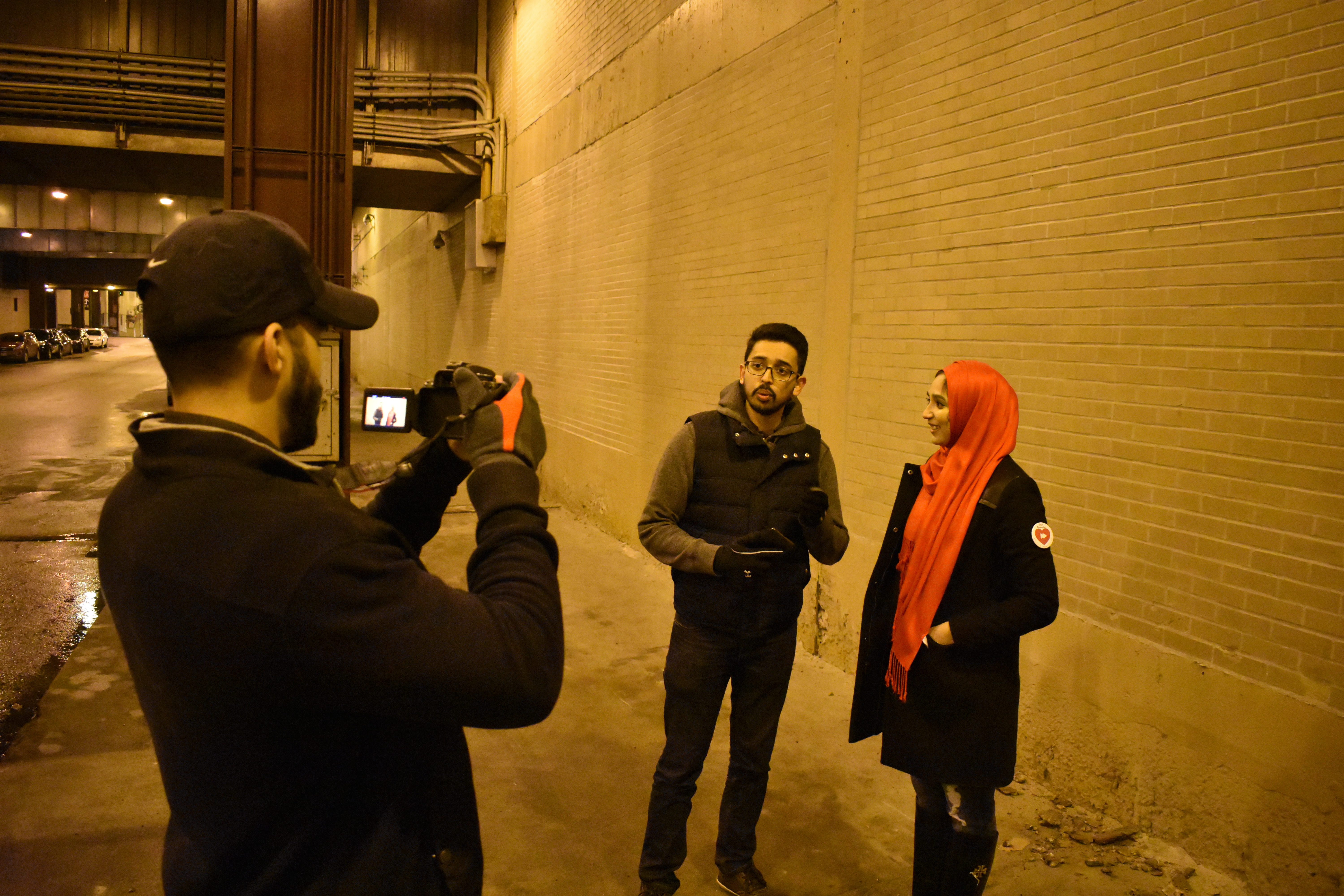 Film: Behind the Door
As the war in Syria rages on, a Syrian-American family living in the United States for a quarter of a century comes face to face with its refugees who are Waiting at the Door to peace, freedom and prosperity. From their vantage point Behind the Door, they re-discover the true meaning of home through heartbreak as the world struggles to give hope for their country folk. 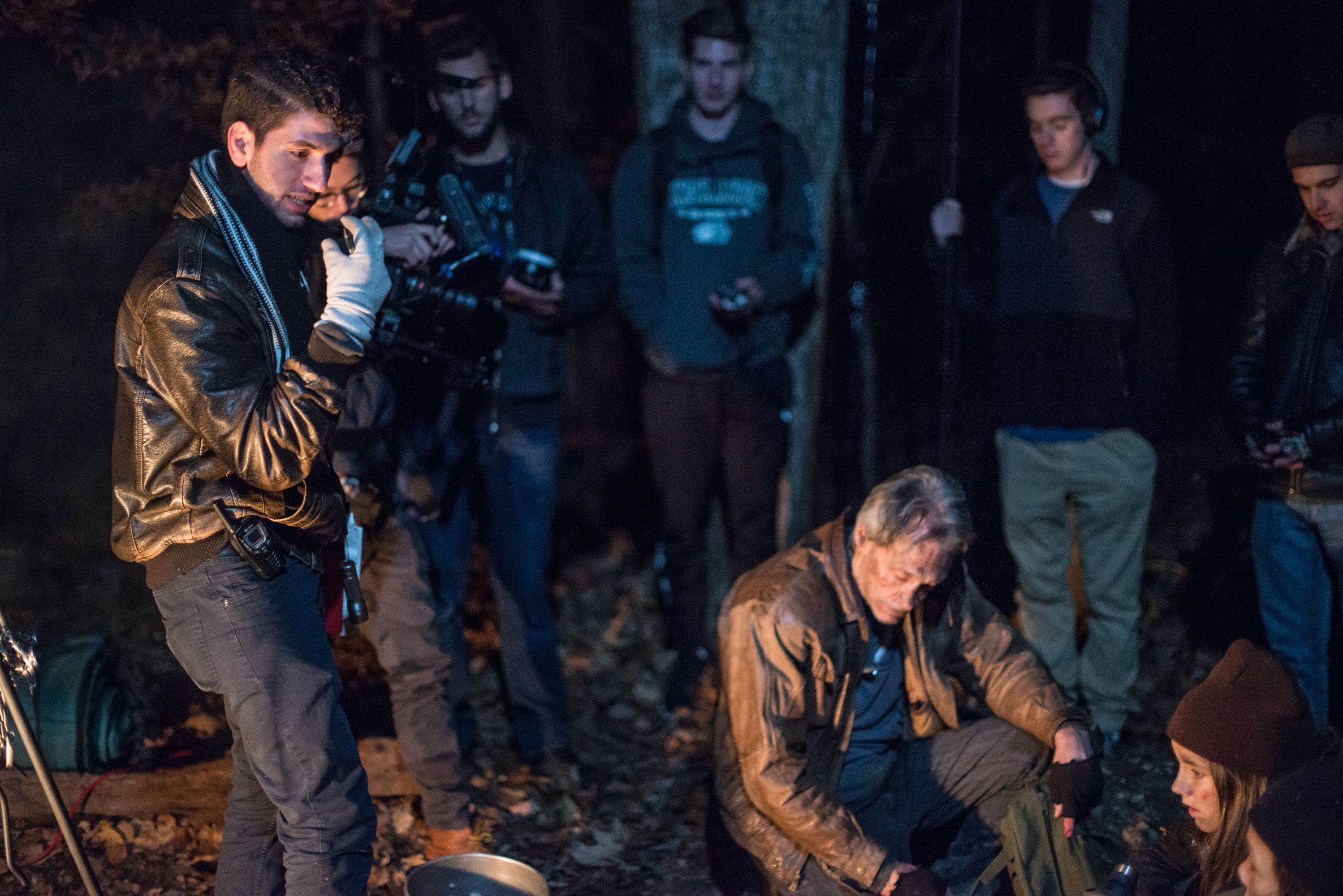 Film: The Voice Behind the Counter
Yemeni bodega owners shut down their stores on February 2nd to voice their vehement opposition to the Muslim Ban. The city’s bodegas enrich and give life to the NYC community, yet the story of the people behind the counter is rarely told. 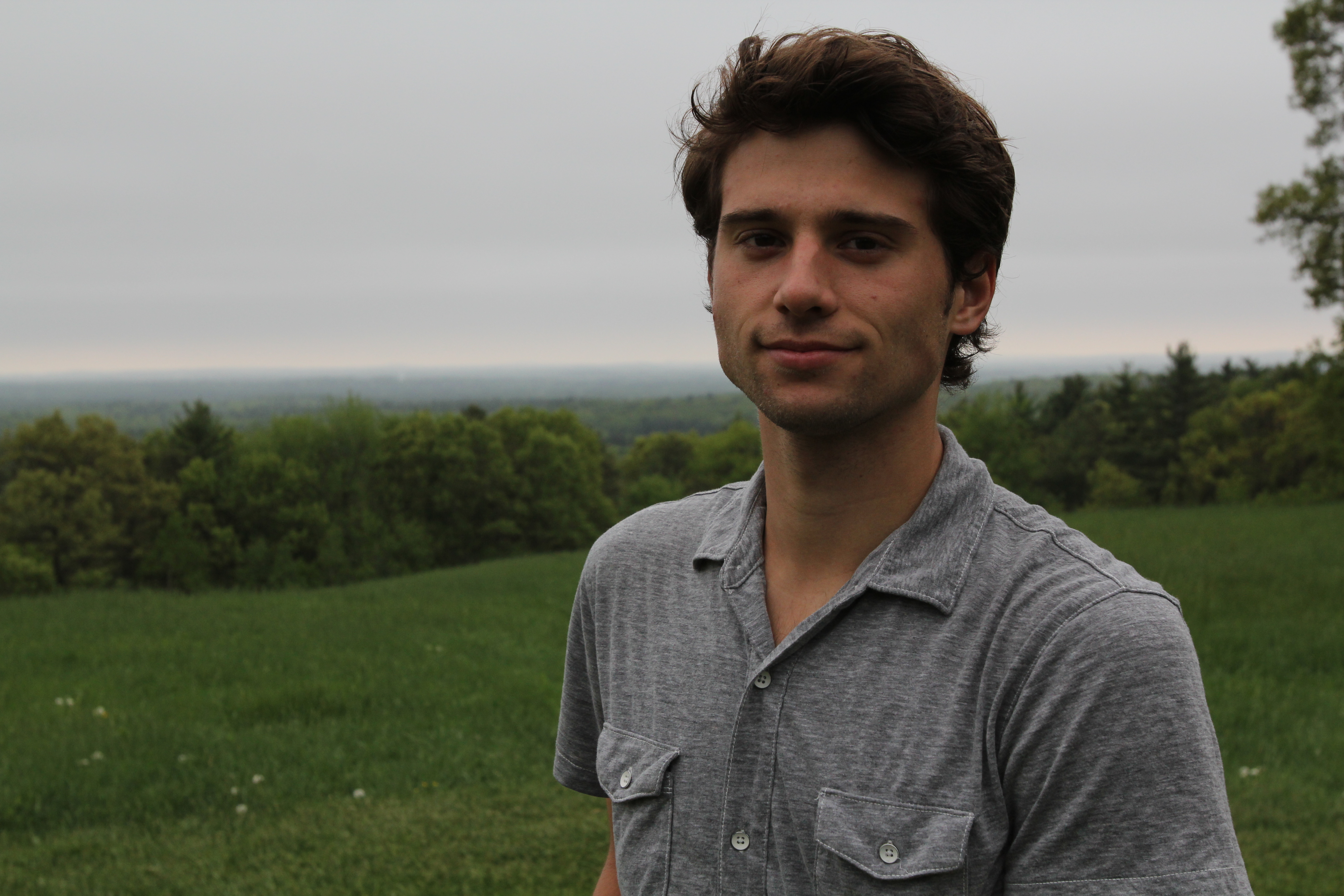 Film: American Muslim Video Cypher
American Muslims are diverse and our stories are complex. Recognizing that one voice or story cannot encapsulate this many people, our goal will be to host cyphers, where we invite Muslims from all over the country to come share their voices, going one after another sharing poetry and stories till our batteries die or we run out of people. 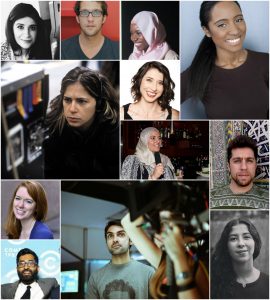 After news of Trump’s Muslim ban reverberated across the nation, a group of American Muslims and allies came up with the idea of raising money to support American Muslim storytellers as a way to stand up to the anger and fear-based oppression this community is facing. A large community quickly rallied around the idea, partnering with the Islamic Scholarship Fund (ISF), a nonprofit 501(c)(3) which mission is to increase American Muslim representation in media and politics by empowering students through academic scholarships, film grants, congressional internships and youth workshops.

We hope that you can be involved in telling these stories.

Thanks to Michael Morgenstern for originating the idea, Somayeh Nikooei for executing the partnership so quickly, Chris London, Lynn Tao, and Joytika Jit for building the campaign, Rhym Guisse for the voiceover, and so many others for getting the word out and giving your support.